Join us for an introduction to debate as we learn skills from Minnetonka High School Varsity Debaters and a leading Minnesota debate coach. The camp will cover a variety of debate skills including the fundamentals of making a strong argument, weighing between arguments, critical thinking, and understanding both sides of an issue. Activities and drills meant to improve debate skills will be incorporated into the camp. Modules will also be available to teach debaters about critical issues that minority communities face. Middle schoolers and upcoming high school debaters will have the opportunity to explore the basics of debate and its place in social justice efforts.

This camp is geared towards both students who have little to no former experience in competitive debate and those students who want to refine their skills. The camp will include input from various coaches as well as accomplished varsity debaters.

We will be adding an advanced tier for returning campers and experienced debaters. 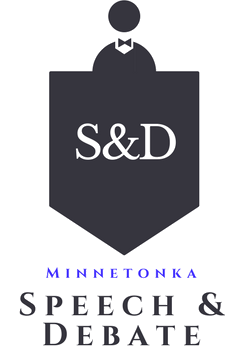 Counselors are volunteering their time to keep prices low. A portion of the camp fee will go back to the MHS Debate Team.